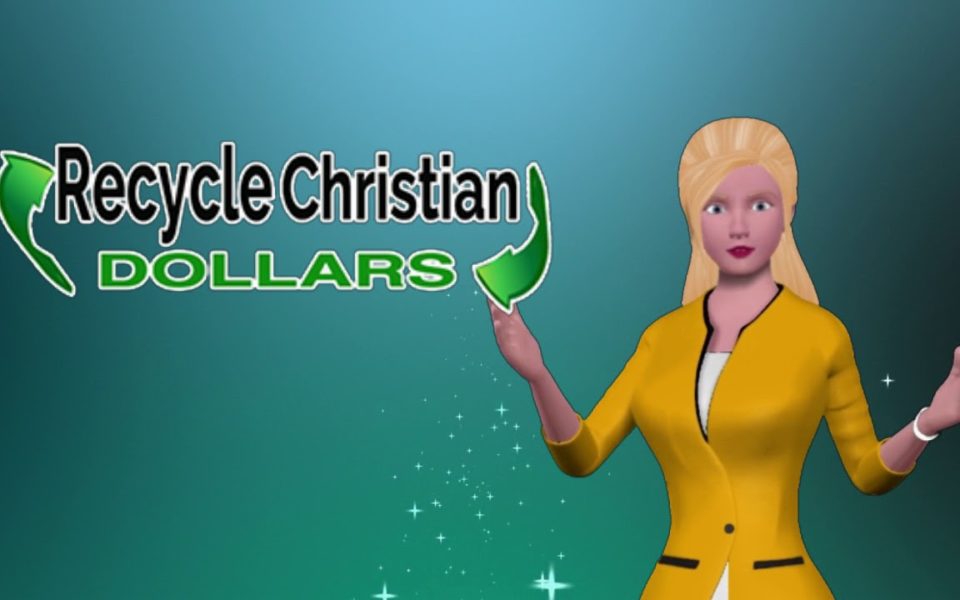 Buying Christian: How It Boosts the Christian Economy

A number of researchers and organizations are taking a closer look at how money flows, and what they’re finding shows the profound economic impact of keeping money in the ethnic communities—and how the fate of many communities around the nation and the world increasingly depend on it.

In doing research for starting Christian Business 360, when I entered a search for “how many times does a dollar circulate in the Christian community” believe it or not nothing came up in the search results. What did come up was:

As you can see by from above our Jewish & Asian brothers understand the importance of circulating their dollars within their communities.  Just imagine what we can accomplish if we were as Christians do the same as them?

The Lord showed me some of the following:

Let’s-support-Christian-business”.  But buying in the Christian community may be more than a feel-good.  It will help to build the kingdom of God!

We have developed a program called “Recycle Christian Dollars.” One of the many programs presented by ChristianBusiness360.com.  I’ve been a Christian Business owner and as such, I been able to help the churches that I was a member or partner of.  When there was a need form my church, the Lord would send me extra business so that I could sow into the kingdom.  I’ve been in ministry since 1996 and have worked with many churches and ministries and there seemed to be the same problem with most smaller churches which was finances.

I’m an African American man, and most of the churches that I was a part were apart of were also African American.  And as a black owned music store, most of my customers were not African American.  My business was in the community, but they would go to the chain store first, before coming to my business.   I had great customer service, prices were the same as the chain store and even had great locations.  So, the above statistics are right on.  When I gave my life to the Lord, I though my local church would support it.  I am also an event producer specializing is Gospel entertainment and it was the same, almost went broke.  I would book anointed clean and Christian entertainment, from Gospel brunches, concerts, Christian event clubs and more.  Spent a lot of money on advertising within the Christian community and little to no support.

I’ve talked to other Christian business face the same problem, the lack of support from their brothers and sisters in the Lord.

Small businesses are supported by local businesses.  Did you know that according to Bloomberg, 8 out of 10 entrepreneurs who start businesses fail within the first 18 months of operation.  A whopping 80% crash and burn. These figures also includes the Christian owned businesses.

Why am I saying that? We can help change those statistics by supporting Christian owned businesses.  Let’s break the cycle of our money leaving our Christian community and start Recycling Christian Dollars!

There are two things I’m asking: